The Commonwealth Games Association of the Isle of Man (CGA) is delighted to announce that Louise Corkill has been selected to participate in the inaugural Commonwealth Women’s Leadership Programme, one of only 20 women across the Commonwealth to be chosen.

The programme provides access to education and networking opportunities with the aim of empowering women to become leaders within their respective sports and communities.

Born in the Isle of Man, Louise has been the Sports Liaison Officer with Isle of Man Sport since July 2021. After studying for a Masters degree in Sport Psychology she has been involved in high performance and talent development within hockey, coaching within the England Hockey Player Pathway for the last five years, as well as holding other regional and governance roles within the sport. Following her retirement from the sport as a player, she returned to the Island to live in 2020.

As part of the programme, Louise will receive a scholarship to support her on her individual development pathway. The programme will support participants to not only clarify their leadership ambitions and recognise their leadership strengths, but more importantly will broaden their understanding of their role in supporting equality within the Commonwealth Sport Movement.

‘I’m delighted to be selected for the Commonwealth Women’s Leadership Programme and to represent the Isle of Man alongside 19 other women from across the Commonwealth. It is a privilege to have been selected and I would like to thank Manx Sport and Recreation, Isle of Man Sport and the CGA for their support.’

‘The work that the Commonwealth Games Federation (CGF) is doing to promote the opportunities for women in sport was a primary attraction for me in taking on my new role with the CGA, so it was a privilege to support Louise in preparing her application for the programme.

‘The CGF received more than 60 applications from across the Commonwealth for the 20 places available, so it is a testament to Louise’s qualities and experience that she was successful. I know she will be a fantastic representative for the Isle of Man within the Commonwealth Sport movement.’ 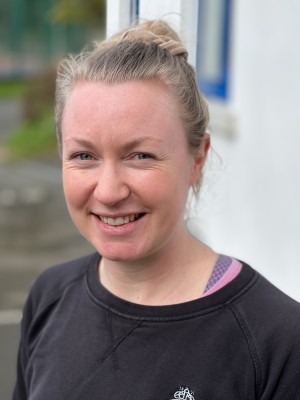