Three appointments have been announced to create the medical team, which will support Team Isle of Man athletes at the Games.

Ruth Cooil has been appointed to lead the physio team. This will be Ruth’s fifth Commonwealth Games providing physiotherapy services to Team Isle of Man and her vast experience and knowledge of the athletes will be a great benefit.

Isla Scott has been appointed to support Ruth in providing physio provision to Team Isle of Man athletes. Isla is also no stranger to the Commonwealth Games and has been involved with the team at previous Games, most recently in Delhi.

Nicole Burns joins the medical team in the new role of sports massage therapist with the aim of providing a more tailored service to athletes during the lead-up to the Games and during the Games themselves.  Nicole represented Team Isle of Man in gymnastics at two previous Commonwealth Games, reaching the All-Round Final at the Gold Coast 2018 Games. 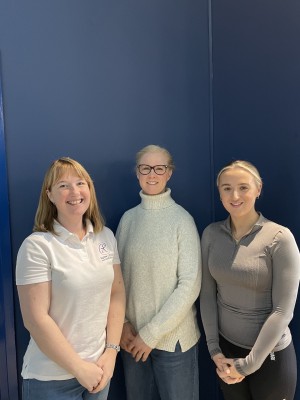